What Lies Beneath Paris 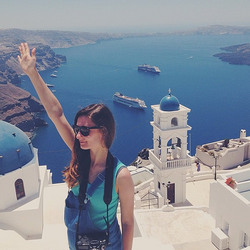 When you go to Paris, you think of the Eiffel Tower, l'Arc de Triomphe, perhaps even Versailles or French cuisine. I already shared my experiences of visiting nothing but the Eiffel Tower looking for a missed connection.

Call me morbid, but this time, I decided to do the exact opposite. What some tourists may not know is that underneath Paris is an extensive underground, one filled with death, horror, and yes odour. I visited the catacombs and sewers of Paris. Beneath the city are 200 miles of tunnels filled with the remains of over 6 million Parisians, some over 1200 years old. In the late 1700's, the cemeteries were overflowing and so the massive project of moving all of these remains underground was undertaken. As I walked into the ossuary, a haunting sign that read "Arrête, c’est ici l’empire de la mort!” (Stop! This is the empire of death!). Inside, many of the bones are arranged into patterns or symbols. The scale of the whole place is overwhelming yet eerily peaceful at the same time.

I ended up underground again later that day, this time in the sewer museum. I'll be honest I didn't spend much time here because of the smell, but it is just amazing that some of these sewers date back to the 1300's, older than many of the famous churches and sites that are above ground. 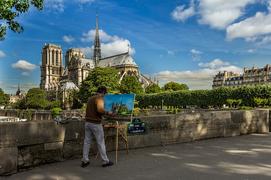 Other stories by Dianochka Z.