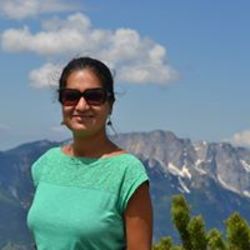 It was midnight when I got down at a bus stop called the "115 miles" somewhere in the Yangon-Mandalay expressway. I had to run and find a loo for myself. But in that huge, crowded place I was not quite sure how to do it. That's when I came up with an exciting plan that I was sure would work. I decided to follow a fellow Burmese passenger to the loo and back.

The plan was working great until I came out of the loo and realized that there were hundreds of Burmese women standing in front me and everyone seemed to look the same. There was no way I could figure out who I had followed. This was the "Cross-Race Effect" and it had bitten me hard that fateful night especially in my half-asleep state of mind.

I simply had no idea what to do after that. I could not go back. The bus stand was huge and there were hundreds of buses lined up. And in only one of them were my family and my phone. I spoke no Burmese and had no means to contact my husband.
Everyone around offered to help but we could not fathom how. I ran and ran and ran until it felt like I had run all my life.

Suddenly, a vague memory crept out of nowhere. I remembered my bus being yellow in color. And I ran towards all the yellow buses until I found one where my husband was anxiously waiting for me. I collapsed right into his arms.

It had been a big night for me: one with big experiences and even bigger realizations. Recognizing people that were different from me could take me days. How, in the world, could I hope to understand them in a matter of weeks? "Understanding" surely was the journey of a lifetime. A hundred Burmese smiles flashed right in front of my eyes. My journey to understanding Burma had just begun. 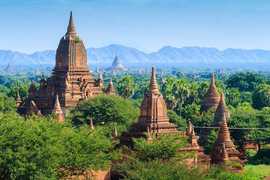 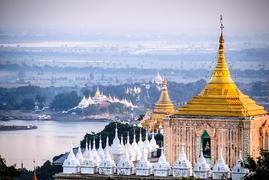