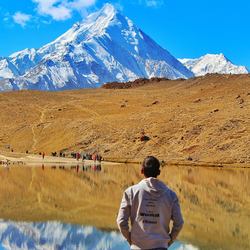 During one of my family's mandatory, family reunions in the Philippines, I experienced one of the funniest and scariest moments in my life.

We had this tradition of going to one of the islands my uncle owns in Bicol. It's small and private; perfect for a quiet outing on the beach. Even before we arrived, the currents were already against us. Boats in the Philippines aren't technologically advanced. The design still models after old fisher boats; they're sturdy but shaky.

The waves were rocking the boat and the splashes of water hitting our faces. It was fine but I've always had this fear of sinking boats ever since watching the Titanic and one of my greatest fears was drowning.

We arrived safely and along the shoreline were some jet skis. I wanted to be adventurous so I asked to drive it. I was accompanied by my cousin who was huge, to say the least, but who knew that would be an issue.

I was an inexperienced driver but I wanted to let loose for once. We were 6 miles away from the shore, I turned to go back when suddenly the jet ski tipped over. Flashes of me drowning continuously played in my head. I didn't know how to swim but managed to push myself up.

There we were in the middle of the sea. The people on the beach were shouting for us to turn over the jet ski and hop on. Good thing, my big cousin was there to help; he did most of the lifting. I was able to hop back on the jet ski but when he was about to hop on to join me, the jet ski tipped over again. And again and again.

We did the same thing about 5 times with no luck. It turns out, he was too big and I was too small to carry his weight. I was getting frustrated and cold. Luckily the owner had another jet ski and his helper came to our rescue. He told us to hang onto the side of his jet ski so he can drag us back to shore.

In the end, I learned two very important lessons. One is that I should take lessons before driving any form of vehicle. And 2 is to never ever bring my cousin with me on a jet ski! 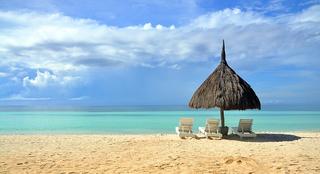