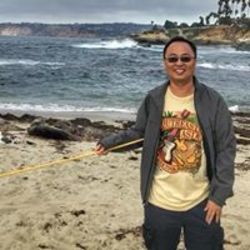 It was 4 am. I got up from the creaky bed and dragged up Alison and Charlotte. We were ready to head to Borobudur and experienced it's famous sunrise view.

As we walked to the temple, we could hear chanting being broadcast in the compound. It sounded a bit eerie but yet strangely comforting to hear this in the darkness. It also reminded me of the similar chant we heard during our sunset visit to Pura Tanah Lot at Bali.

There was already a crowd when we reached the top. The sun was supposedly to raise from the east at the direction of Mount Merapi. After settling Alison and Charlotte on a good place beside a stupa, I decided to take a short walk round to savor the morning scene.

As most of the people were focusing to see the impending sunrise at the eastern end, the rest of the temple premise was almost empty. The seemingly endless stupas overlooked the surrounding environment. Some might not know that a mediating Buddha statue resided in each and every of the stupas.

Few of the stupas have actually been "un-covered" to reveal the Buddhas within. There was a shroud of mist settling above the forest surrounding the temple, adding to the already serene atmosphere of the temple.

There was a commotion when the golden rays started to appear behind the still smoking Mount Merapi. I could finally comprehend why the sunrise view at Borobudur was considered one of the twenty-seven places to see before you die.

The yellow rays filtered through the still active volcano and cast upon those on the top of Borobudur. If "Enlightenment" has another meaning, it might actually refer to this moment of time. The scene was stunningly beholding. Although the sun was covered by the cloudy sky, it did not mar the beautiful moment.

There was a sense of achievement when we could finally stand upon the temple and witnessed the famous sunrise. Borodudur did not fail my expectation. It shall also meet yours if you wish to visit it someday. 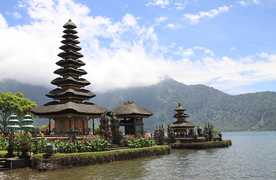 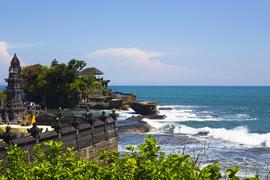