Getting soaked during Songkran 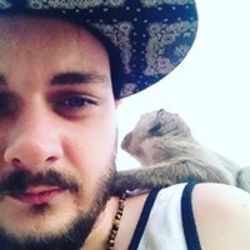 Songkran is Thailands’ New Year and each year the festivities usually involve a nationwide water fight. In Bangkok, the streets are closed and everyone is armed with a water gun or two or just a big bucket of water.

It’s imperative that all of your belongings are safe inside a water proof case or better yet, left at home. I was with a few friends in Bangkok during Songkran; armed to the teeth with water guns, water balloons and a waterproof bag. I didn’t want to be carrying my weapons all day; I wanted to drink beer at some point too.

We hopped into a tuk-tuk and started targeting random strangers who were unarmed and unaware that is was Songkran. If you don’t have a water gun then you are in trouble. A group of girls waited by a corner, immediately we squirted them with water and it was hilarious watching them trying to run in their flip-flops.

Around the middle of the afternoon, we headed towards Sukhumvit where massive water cannons were shooting into the crowd like a friendly riot. It was hard to get around because it was so crowded however a little squirt from my water gun helped create a path like Moses separating the sea.

My friends and I then decided that we needed to rest and recover and headed to our friends apartment to get dry and have a chance to check notifications on our phones safely and securely.

Once dry again, we headed back into the city though the party was dying down and most families would be heading home which is partly why went back in. This time, we went to a few outdoor bars to watch locals throwing buckets of water over each other with some girls even getting into the buckets too.

All in all, it was a spectacular but also crazy day but that’s what you would expect in a city like Bangkok. 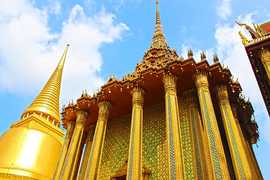 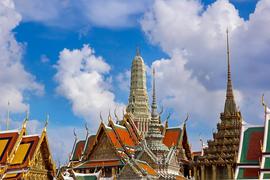 Other stories by johnny f.