Known as the center of world-class high-tech companies, San Francisco is a symbol of modern day innovative and free spirited culture. The California Gold Rush of 1849 brought rapid growth to the city. It is also the birthplace of the United Nations, when the UN Charter was signed in 1945. San Francisco is known for its cool summers, fog, steep rolling hills, cable cars and landmarks including the Golden Gate Bridge, the former Alcatraz Federal Penitentiary, Fisherman's Wharf, and its Chinatown district.

Union Square refers to the central shopping, hotel, and theater district that surrounds the plaza for several blocks. The area got its name because it was once used for rallies and support for the Union Army during the American Civil War, earning its designation as a California Historical Landmark. 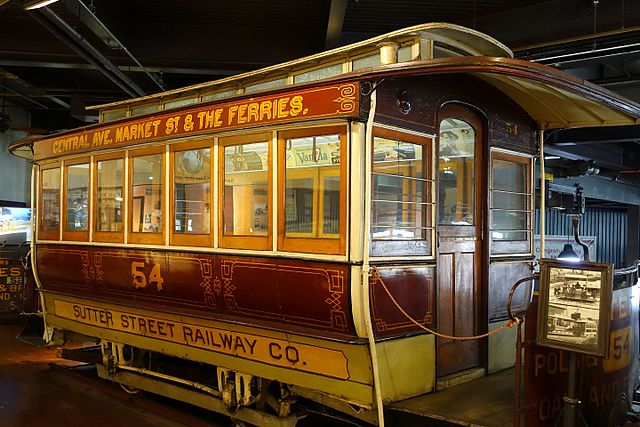 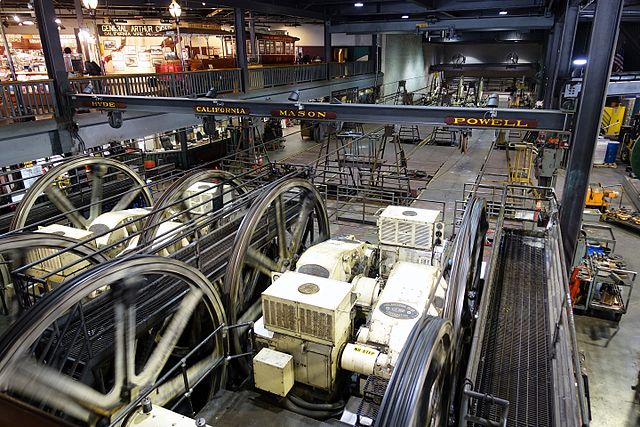 The Cable Car Museum is a free museum. It contains historical and explanatory exhibits on the San Francisco cable car system, which can itself be regarded as a working museum.

It is the oldest Chinatown in North America and the largest Chinese community outside Asia. Since its establishment in 1848, it has been highly important and influential in the history and culture of ethnic Chinese immigrants.

Built in 1972, the Transamerica Pyramid is an iconic skyscraper in the San Francisco skyline.

Coit Tower is a 210-foot (64 m) tower in the Telegraph Hill neighborhood of San Francisco. It was built in 1933 using Lillie Hitchcock Coit's bequest to beautify the city.

Alcatraz Island is located in San Francisco Bay, 1.25 miles (2.01 km) offshore from the city. The small island was developed with facilities for a lighthouse, a military fortification, a military prison (1868), and a federal prison from 1934 until 1963. Alcatraz Cruises is the official source for ferry tickets to Alcatraz Island.

Built in 1915, San Francisco City Hall is the seat of government for the City and County of San Francisco. The structure's dome is taller than that of the United States Capitol by 42 feet.

In American architecture, painted ladies are Victorian and Edwardian houses and buildings painted in three or more colors. One of the best-known groups of "Painted Ladies" is the row of Victorian houses at 710–720 Steiner Street, across from Alamo Square park. It is sometimes known as "Postcard Row." The houses were built between 1892 and 1896. 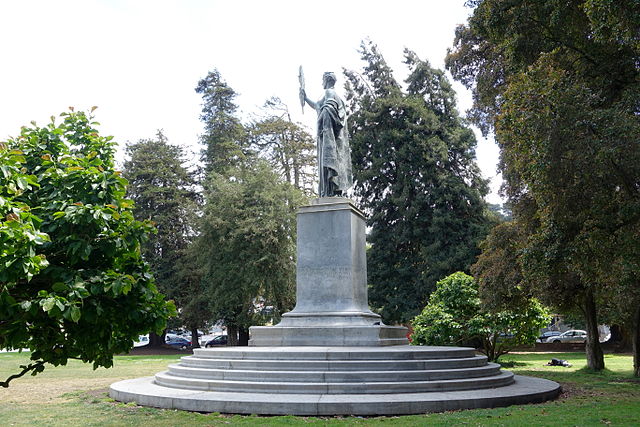 The Panhandle is a long and narrow park that forms a panhandle with Golden Gate Park. The William McKinley Monument is at the foot of the park, dedicated in 1904 by President Theodore Roosevelt, who succeeded McKinley after his assassination in 1901.

The California Academy of Sciences is a natural history museum. It is among the largest museums of natural history in the world, housing over 26 million specimens. The Academy began in 1853.

Established in 1895, de Young is one of the Fine Arts Museums of San Francisco. It is located in the Golden Gate Park, 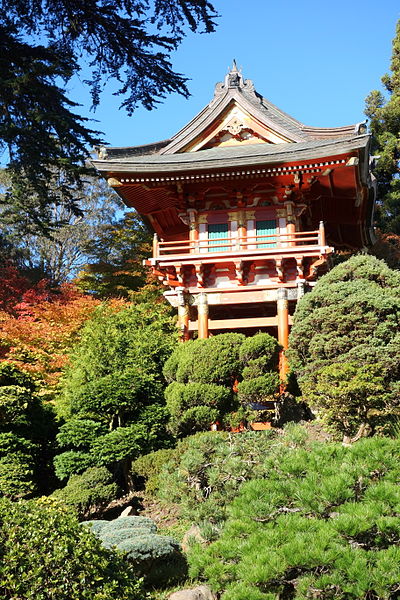 The Japanese Tea Garden is a popular feature of Golden Gate Park, originally built as part of a sprawling World's Fair, the California Midwinter International Exposition of 1894. It is the oldest public Japanese garden in the United States.

Created in the 1870s, the Golden Gate Park is a large urban park consisting of 1,017 acres (412 ha) of public grounds. It is similar in shape but 20 percent larger than Central Park in New York, to which it is often compared.

Opened in 1937, the Golden Gate Bridge is a suspension bridge spanning the Golden Gate strait, the one-mile-wide (1.6 km), one-point-seven-mile-long (2.7 km) channel between San Francisco Bay and the Pacific Ocean. It is one of the most internationally recognized symbols of the city.

Fort Point is a masonry seacoast fortification located at the southern side of the Golden Gate at the entrance to San Francisco Bay. 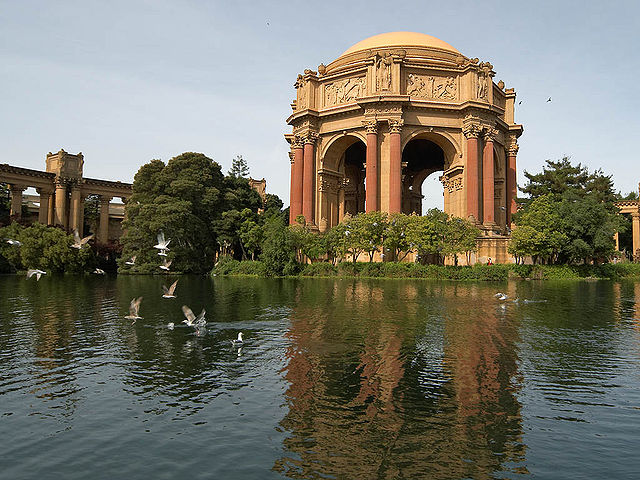 The Palace of Fine Arts in the Marina District of San Francisco, California, is a monumental structure originally constructed for the 1915 Panama-Pacific Exposition in order to exhibit works of art. In addition to hosting art exhibitions, it remains a popular attraction for tourists and locals.

Through a series of pipes, the Wave Organ interacts with the waves of the bay and conveys their sound to listeners at several different stations. The effects produced vary depending on the level of the tide.

Said to be "the most crooked street in the world", Lombard Street is famous for a steep, one-block section with eight hairpin turns.