Kumamoto (熊本市) is the capital city of Kumamoto Prefecture on the island of Kyushu, Japan. It is located approximately 113 km (70 mi) south of Fukuoka. The city's most famous landmark is Kumamoto Castle, a large and, in its day, extremely well fortified Japanese castle.

Founded in 1871, Katō Shrine is a shrine in which Katō Kiyomasa (1562–1611) the daimyo (powerful feudal lord) is enshrined. In 1871, the shrine was built within Kumamoto Castle at the separation of Buddhism and Shintoism. Three years later it was moved to Kyōmachi because the Kumamoto Castle belonged to the Japanese Army in 1873. Over the centuries, the shrine was destroyed and reconstructed. The current site dates back to 1962. Visitors can take a tram from JR Kumamoto Station and get off at Kumamotojo-mae tram stop. 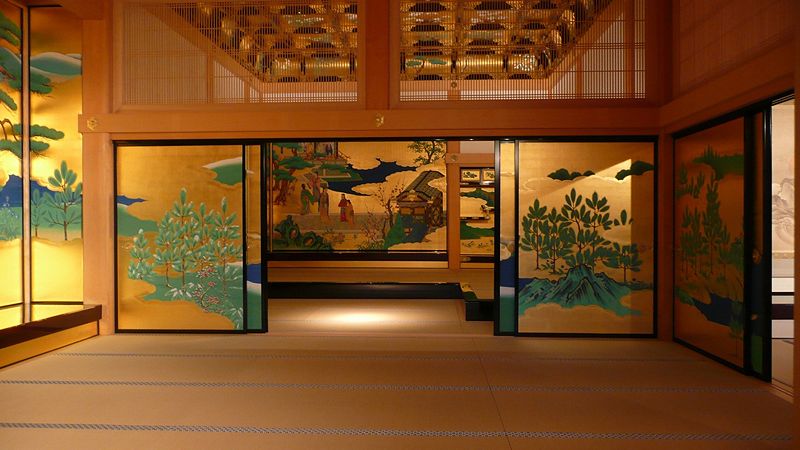 Originally built in 1467, Kumamoto Castle was a large and well fortified castle. The castle keep is a concrete reconstruction built in 1960, but several ancillary wooden buildings remain of the original castle. Kumamoto Castle is considered one of the three premier castles in Japan and thirteen structures in the castle complex are designated Important Cultural Property. The signature curved stone walls, known as musha-gaeshi, as well as wooden overhangs, were designed to prevent attackers from penetrating the castle. Rock falls were also used as deterrents. 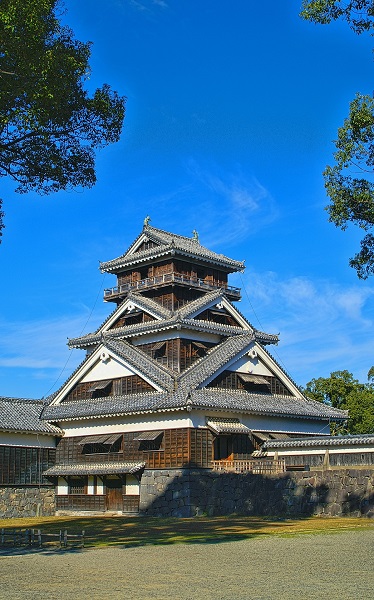 Sakura-no-baba Josaien is an Edo-themed complex located at the foot of Kumamoto Castle. Visitors get to learn about the food, history and culture of the region. The Wakuwakuza History and Cultural Experience tells the "Tale of Kumamoto Then and Now"; the Sakuranokoji Shopping Arcade has an array of shops and restaurants offering specialty souvenirs and foods unique to Kumamoto Prefecture.

Opened in 2002, Contemporary Art Museum, Kumamoto is a modern art museum showcasing an expansive and diverse collection of works by both Japanese and international artists. There is a focus on artists currently active in Kumamoto and Kyushu Island. 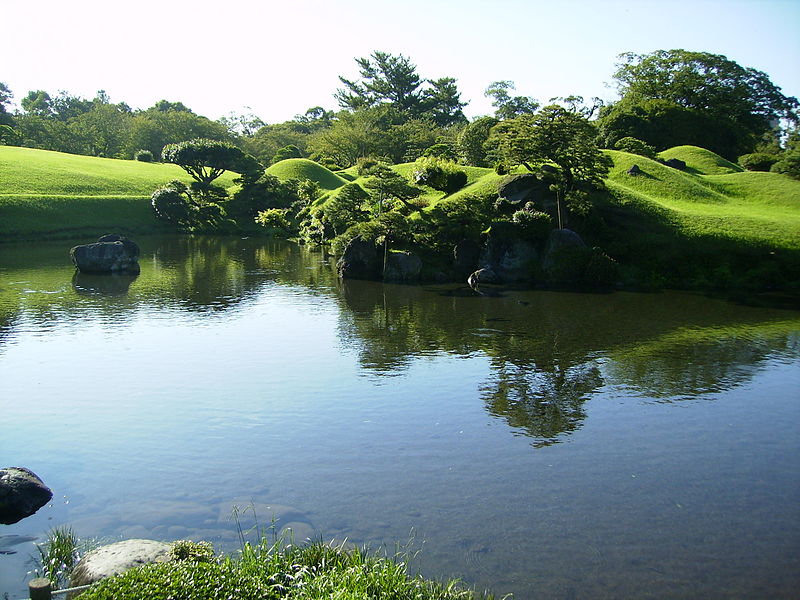 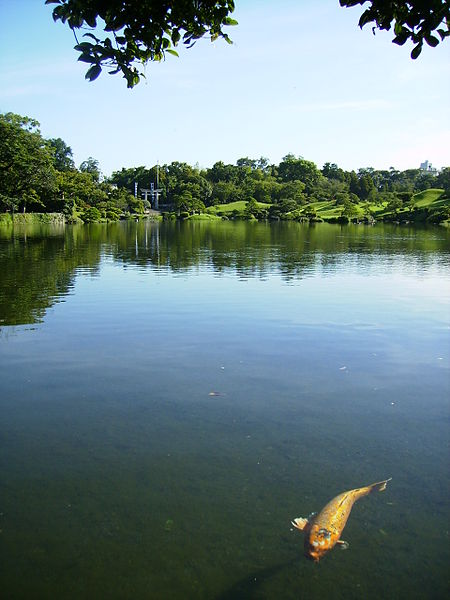 Suizenji Jojuen is a garden located in the Suizenji Park. Lord Hosokawa Tadatoshi began construction of the garden in 1636 as a tea retreat. The site was selected because of its spring-fed pond, which clean water was excellent for tea. The park was named after a no-longer-extant Buddhist temple called Suizen-ji, and now hosts the Izumi Shrine, where members of the Hosokawa family are enshrined, and a Nōgaku-dō, a Noh theater. The garden has been declared a Historic Site of Scenic Beauty.