Kagoshima (鹿児島市) is the capital city of Kagoshima Prefecture at the south western tip of the island of Kyushu in Japan. It has been nicknamed the "Naples of the Eastern world" for its bay location, hot climate, and emblematic volcano, Sakurajima. The city was officially founded in 1889. 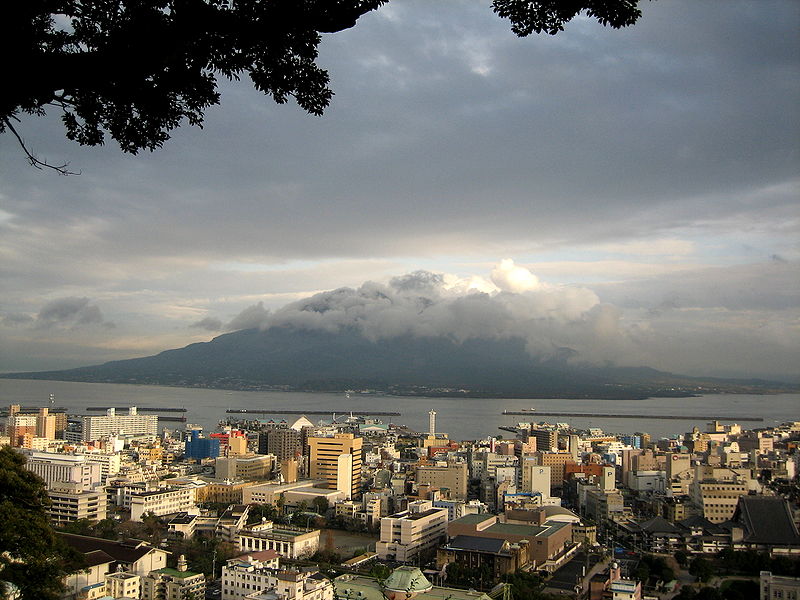 Shiroyama Park is a park on top of Mount Shiroyama, which has an elevation of 107 meters. Shiroyama means "castle mountain" in Japanese as the site used to serve as a castle fortification. The former grounds of the castle now is the Reimeikan Museum that tells the story of the battle of Satsuma Rebellion in 1877. The Shiroyama Observatory in the park offers a panoramic view of downtown Kagoshima, Kagoshima Bay and Sakurajima, day and night. There are also several hiking trails filled with flowers in the blooming season. From Kagoshima Chuo Station, visitors can take the Shiroyama-Iso bus directly to the Observatory.

The Museum of the Meiji Restoration is a history museum about Meiji Restoration, an important event in Japanese history that restored practical imperial rule in 1868 under Emperor Meiji. Exhibits present a three-dimensional experience and showcase artifacts related to the Edo Period and Meiji Restoration.

Sakurajima ("cherry blossom Island") is an active composite volcano (stratovolcano) and a former island in Kagoshima Prefecture. The lava flows of the 1914 eruption caused the former island to be connected with the Osumi Peninsula. The volcanic activity still continues, dropping large amounts of volcanic ash on the surroundings. Sakurajima is part of the Kirishima-Yaku National Park, and its lava flows are a major tourist attraction. The area around Sakurajima contains several hot spring resorts and scenic hiking trails.

Standing at 373 metres on the north peak of Sakurajima, the Yunohira Observation Point is where visitors can come closest to the vent of Sakurajima and get a view of the city of Kagoshima, the Sakurajima Port and mountains of Kyushu. The Observatory also has exhibits providing information on Sakurajima including its eruption history.