A Weekend in Lisbon

Lisbon is the capital and the largest city of Portugal. It is one of the oldest cities in the world, and the oldest in Western Europe. Its rich history and cultural remains date back to the Romans. Stroll through the small streets of Alfama, indulge in Portuguese custard tarts while listening to fado music, you will experience the unique charm of this European metropolis.

The 25 de Abril Bridge (25th of April Bridge) is a suspension bridge connecting the city of Lisbon. It was inaugurated on August 6, 1966, and a train platform was added in 1999. Because it is a suspension bridge and has similar coloring, it is often compared to the Golden Gate Bridge in San Francisco, US. The name "25 de Abril" commemorates the Carnation Revolution, which started on April 25, 1974.

Belém Tower (Portuguese: Torre de Belém) or the Tower of St Vincent is a fortified tower located in the civil parish of Santa Maria de Belém in the municipality of Lisbon. It is a UNESCO World Heritage Site because of the significant role it played in the Portuguese maritime discoveries of the era of the Age of Discoveries. 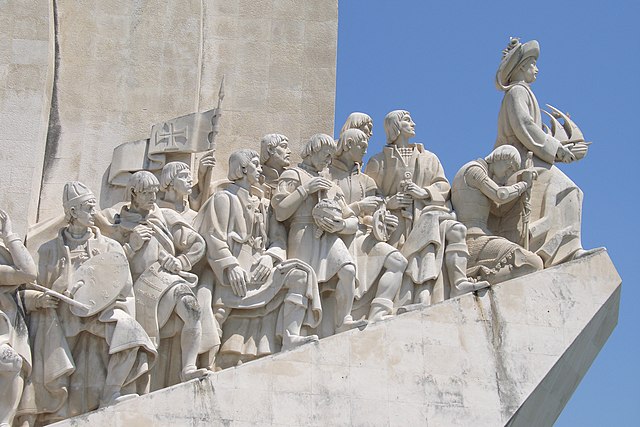 Padrão dos Descobrimentos (Monument to the Discoveries) is a monument on the northern bank of the Tagus River estuary, in Lisbon. Located along the river where ships departed to explore and trade with India and Orient, the monument celebrates the Portuguese Age of Discovery (or Age of Exploration) during the 15th and 16th centuries.

The Navy Museum is a maritime museum in Lisbon, dedicated to all aspects of the history of naval navigation in Portugal. 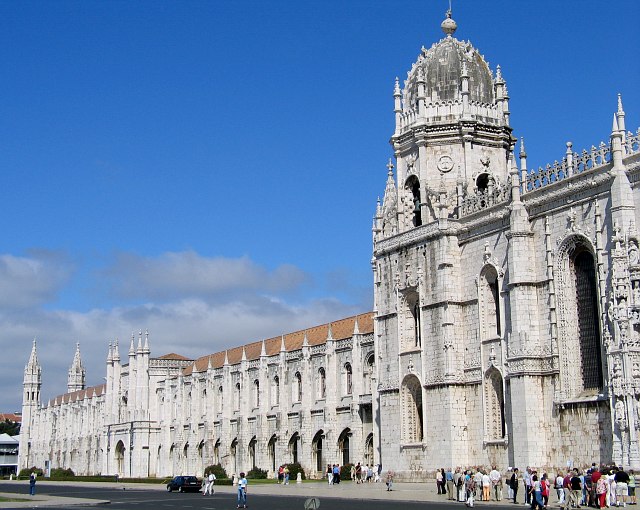 The monastery is one of the most prominent examples of the Portuguese Late Gothic Manueline style of architecture in Lisbon. It was classified a UNESCO World Heritage Site.

The Palace of Ajuda (Portuguese: Palácio da Ajuda) was the official royal residence of the king of Portugal during the final shaky years of the monarchy, that collapsed in 1910.

The Praça do Comércio (English: Commerce Square) is located near the Tagus river, the square is still commonly known as Terreiro do Paço (English: Palace Yard), because it was the location of the Royal Ribeira Palace until it was destroyed by the great 1755 Lisbon earthquake.

The Rua Augusta Arch is a stone, triumphal arch-like, historical building and visitor attraction on the Praça do Comércio. It was built to commemorate the city's reconstruction after the 1755 earthquake

The Pombaline Baixa is an elegant district, primarily constructed after the 1755 Lisbon earthquake. Rua Augusta is one of the main streets in the district, and it is closed for car traffic. It is today one of the central shopping streets of Lisbon.

The Santa Justa Lift (Portuguese: Elevador de Santa Justa) connects the lower streets of the Baixa with the higher Largo do Carmo (Carmo Square). Since its construction, the Lift has become a tourist attraction for Lisbon as, among the urban lifts in the city, it is the only remaining vertical (conventional) lift.

Igreja de São Domingos is a church in Lisbon, classified as a National Monument. The church was dedicated in 1241 and was, at one time, the largest church in the city. Prior to the establishment of the modern Portuguese republic in 1910, the church typically hosted Portuguese royal weddings.

2:00PM
Monument to the Restorers
0 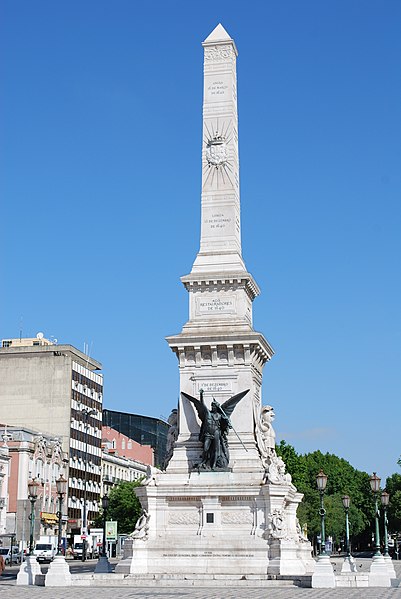 The Monument to the Restorers ((Portuguese: Monumento aos Restauradores) is a monument located in Restauradores Square in Lisbon. The monument was erected in 1886 to memorialize the victory of the Portuguese Restoration War. The war lasted from 1640 to 1668. 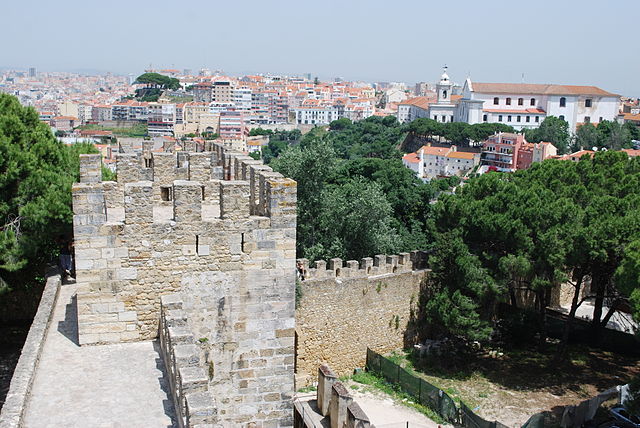 São Jorge Castle (Portuguese: Castelo de São Jorge) is a Moorish castle occupying a commanding hilltop overlooking the historic centre of the Portuguese city of Lisbon and Tagus River. The strongly fortified citadel dates from medieval period of Portuguese history, and is one of the main tourist sites of Lisbon.