A Weekend in Oslo

As the capital of Norway, Oslo is the country's governmental and economic engine. The city is also a hub of Norwegian trade, banking, shipping and transportation. It has some of northern Europe's finest museums. Despite its cold winters, the city in summer times is fun, there are many parks that offer hiking trails. Oslo was destroyed by fire several times over the course of its history. Today it is one of the most expensive cities in the world.

The museum also has one of the largest and most important photo collections in Norway. Additionally the museum has an art collection which contains around 1,000 paintings and around 6,000 other works.

The Royal Palace in Oslo was built in the first half of the 19th century as the Norwegian residence of the French-born King Charles III of Norway, who reigned as king of Norway and Sweden. The palace is the official residence of the present Norwegian monarch. 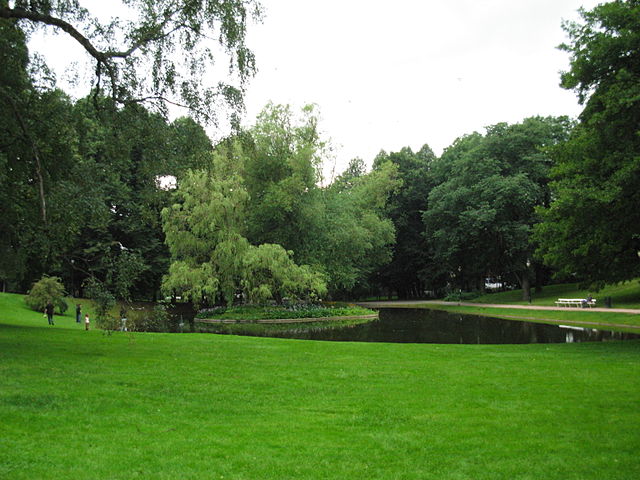 The Palace Park (Norwegian: Slottsparken) is a public park in the center of Oslo, surrounding the Royal Palace.

Built in 1899, the National Theatre in Oslo (Norwegian: Nationaltheatret) is one of Norway's largest and most prominent venues for performance of dramatic arts.

The Nobel Peace Center is a showcase for the Nobel Peace Prize and the ideals it represents. The Center is also an arena where culture and politics merge to promote involvement, debate and reflection around topics such as war, peace and conflict resolution. 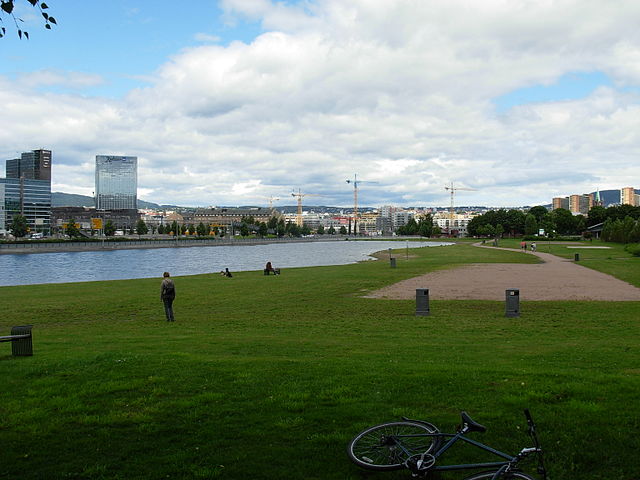 Tjuvholmen skulpturpark is a sculpture park in the Tjuvholmen neighborhood of Frogner borough in Oslo.

The Oslo Opera House (Norwegian: Operahuset) is the home of The Norwegian National Opera and Ballet, and the national opera theatre in Norway.

Oslo City Hall (Norwegian: Oslo radhus) houses the city council, city administration, and art studios and galleries. The construction started in 1931, but was paused by the outbreak of World War II, before the official inauguration in 1950. Its characteristic architecture, artworks and the Nobel Peace Prize ceremony, held on 10 December, makes it one of Oslo's most famous buildings. 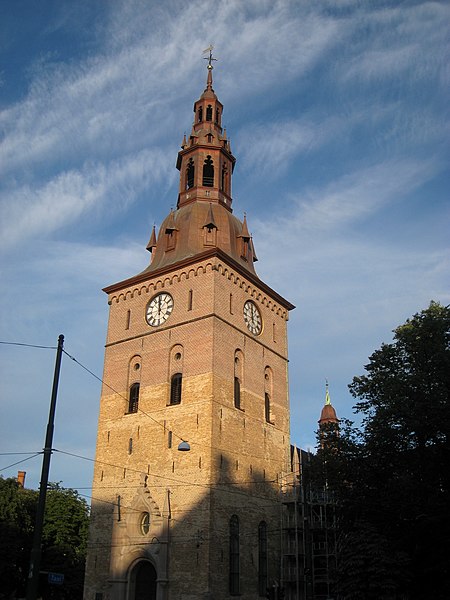 Oslo Cathedral (Norwegian: Oslo domkirke). The present building dates from 1694-1697. The Norwegian Royal Family and the Norwegian Government use the Cathedral for public events.

The Storting (Norwegian: Stortinget) is the supreme legislature of Norway, established in 1814 by the Constitution of Norway.

Eidsvolls plass ("Eidsvoll Square") is a square and park in Oslo, located west of the Parliament of Norway Building, It has been referred to as "the National Mall of Norway".