Located in eastern Czech Republic, Olomouc is and has always been a capital city of Moravia. Olomouc has several public squares, the most famous among them is the Holy Trinity Column, designated as a UNESCO World Heritage Site, built in the 1700s. 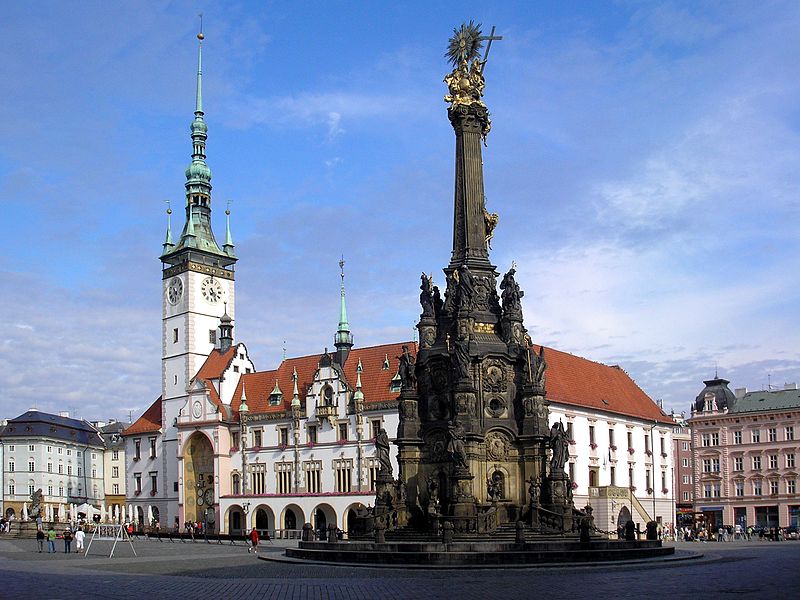 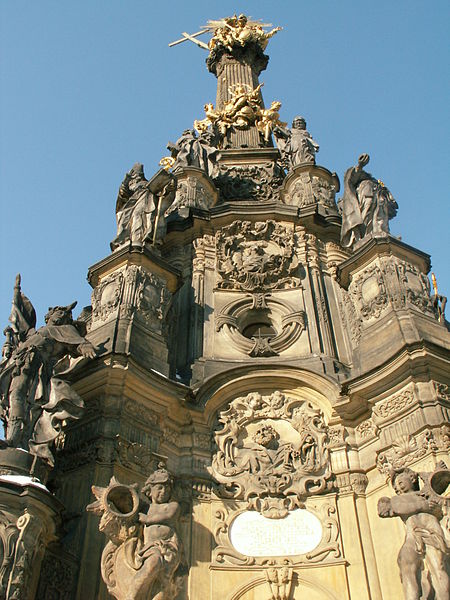 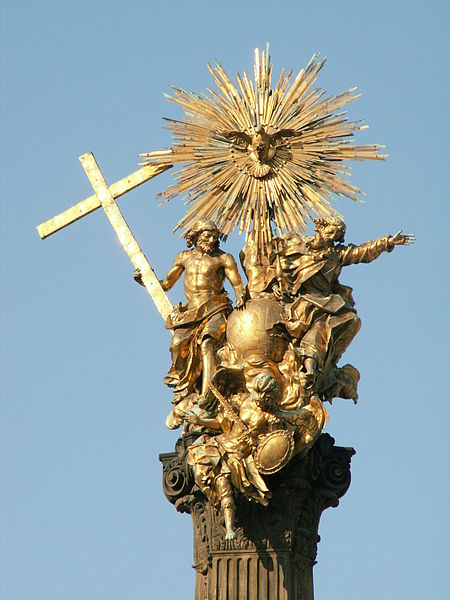 Built from 1716 to 1754, this Baroque monument's main purpose was to celebrate the Catholic Church and faith, partly caused by feeling of gratitude for ending a plague, which struck Moravia (now in the Czech Republic) between 1713 and 1715. After its completion, it became a source of great pride for Olomouc, since all people participating in its creation were citizens of the town. The column is dominated by gilded copper sculptures of the Holy Trinity accompanied by the Archangel Gabriel on the top and the Assumption of the Virgin beneath it. It is the biggest Baroque sculptural group in the Czech Republic. In 2000 it was inscribed on the UNESCO World Heritage List as "one of the most exceptional examples of the apogee of central European Baroque artistic expression". The closest train station is Olomouc město.

Located on the main town square, the Astronomical Clock is a rare example of a heliocentric astronomical clock. A legend dates its construction to the year 1422; however, in historic sources it was first mentioned in 1517. The clock was remodelled approximately once every century. After it was severely damaged by the Nazi German army in 1945, the clock was reconstructed in the style of socialist-realism in the first years of communist rule in Czechoslovakia. As a result, the religious and royal figures were replaced with athletes, workers, farmers, scientists and other members of the proletariat, while the glockenspiel was altered to play three pieces of traditional local music. 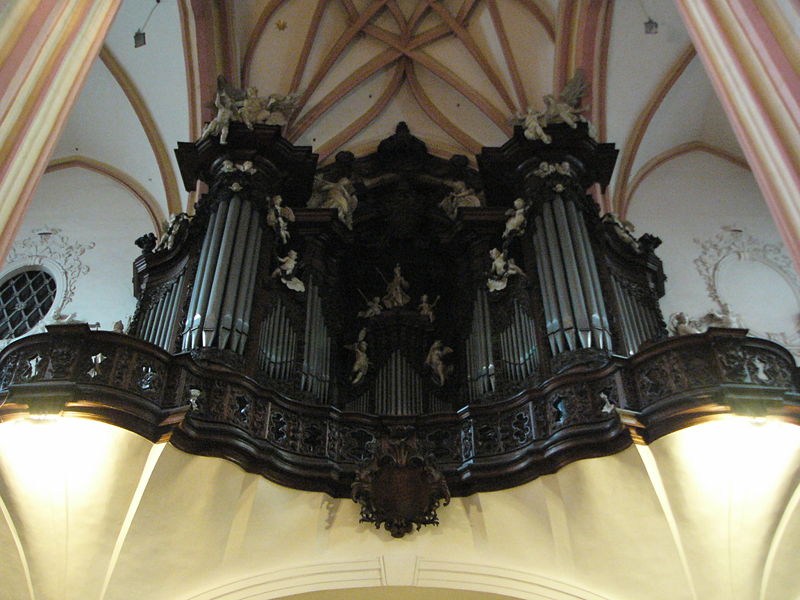 Church of Saint Maurice is a Roman Catholic church near the Horní náměstí ("Upper Square") and remains one of the most important landmarks of the city. It has two towers – the southern tower dates back to 1403, it is the oldest part of the building; the northern one dates back to 1412. The church has been designated a National Cultural Landmark by the government in 1995. The southern tower serves as a lookout tower with view on the whole city of Olomouc and surroundings.

The Museum of Modern Art in Olomouc is housed on the site of the former municipal hospital of the Holy Spirit in the late Art Nouveau building with kubizujícími elements. The reconstruction of the building took place between 1915-1918. It focuses on art from the early 20th century to the present. It features a permanent exhibition called Centuries of Relativity. It also features a variety of temporary exhibitions. 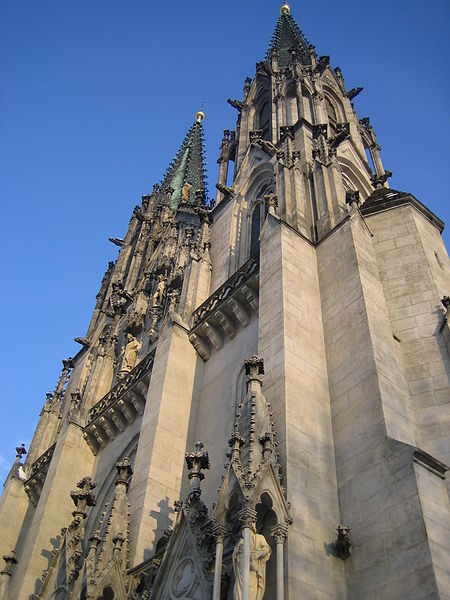 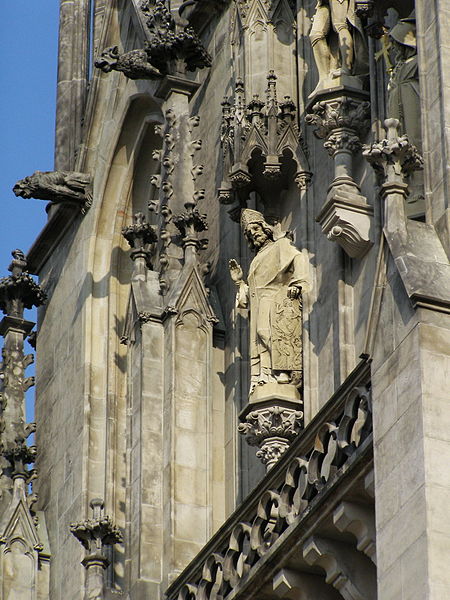 Founded in 1107, it is a gothic cathedral at Wenceslas square. Both the square and the cathedral were named after Saint Wenceslaus I, Duke of Bohemia on the thousandth anniversary of his death in 1935. The cathedral began in the Romanesque style and was consecrated in 1131. Extensive Gothic modifications were made in 13th and 14th century. Gothic revival changes, which included refacing the building, rebuilding the west front and the construction of the central tower, were made during late 19th century. The cathedral's main tower stands at 100.65 metres high, making it the 4th tallest building in the Czech Republic. 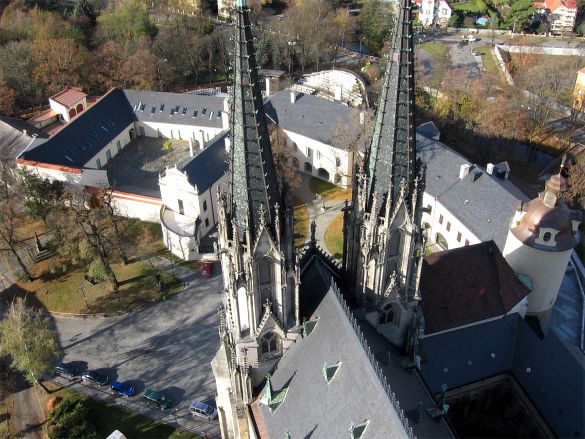 It was founded in 1998 in collaboration with the Archdiocese of Olomouc at the initiative of Pope Jana Pavla II. Its main task is to present extensive collections of religious art. The museum was nominated for the Czech Republic to the European Union Prize for architecture - Prize Mies van der Rohe.